Where in the Universe is Carmen Sandiego?

Where in the Universe is Carmen Sandiego?

The show combined elements from previous works, with Carmen being voiced by Rita Moreno as in the Earth cartoon, while The Chief and Rockapella were from the World gameshow.

The poster for Carmen II 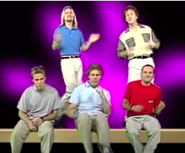 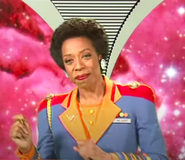 The Chief in WITUICS
Community content is available under CC-BY-SA unless otherwise noted.
Advertisement