The V.I.L.E. Faculty, also referred to simply as The Faculty, are the council of five masterminds that lead V.I.L.E. who are also the academic instructors of V.I.L.E. Academy, and are the primary antagonists of the 2019 Netflix animated series, Carmen Sandiego.

The Faculty are each of equal authority, and reach decisions by a majority vote. That said, Professor Maelstrom does seem to have the most influence of any member of the council and is often the one calling the shots on the whole, even if they are voted upon once the proposal is made.

While they are largely oriented in the same way to continue their thieving and villainy to gain wealth and status, each one has their own likes, interests, and distinct personalities. They will act petty, such as Malestrom wanting gold cufflinks made from a rare Equadorian Escudo to rub in Cleo's face, or snark at the others’ failures, such as Shadowsan's suggestion to use Tigress against Carmen in "The Lucky Cat Caper", resulting in Tigress' failure and Coach Brunt mocking him for it, not realizing that he intended for Carmen to beat Tigress. That said, they will settle their problems civilly and democratically by voting and respecting the will of the Council. 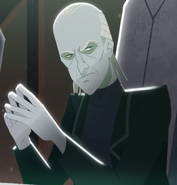 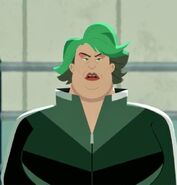 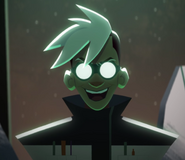 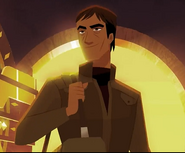 Theft of the Magna Carta

Theft of the Paintings of Vermeer