Mais où se Cache Carmen Sandiego? Mystère au Bout du Monde ("Mystery at the End of the World") also known as Where in the World is Carmen Sandiego? 3 - New Carmen Adventure in English is a French Carmen Sandiego game released on February 18, 2009. It was published by Mindscape and developed by French studio Strass Productions. Mindscape is a subsidiary of The Learning Company.

It is a point-and-click adventure aimed at ages 8 to 12. It follows ACME detectives Julia and Adam in a worldwide hunt across 10 countries for stolen world treasures. It is published by Mindscape, France, and developed by Paris-based Strass Productions. It was released for the Nintendo DS and for the PC.

In ACME's New York branch, the Chief informs agent Julia that some of the world's greatest treasures have been stolen. The Chief suspects the thefts to be the work of Carmen Sandiego, but there is lack of evidence to confirm it. Julia along with Adam Shadow are sent to find the thief and recover the treasures, before news of the theft reaches the public. Matt Forrest provides technical assistance during the mission. After many investigations around the world and putting together a digital map of Atlantis, it turns out that Carmen Sandiego had been intercepting ACME communications and planned this entire mission. Carmen Sandiego steals the map and heads to South America. 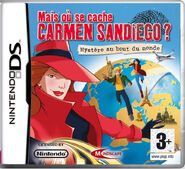 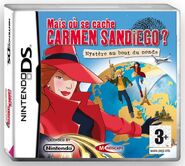 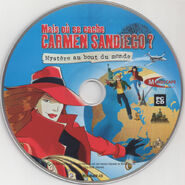