Chase Devineaux is one of ACME's top agents. In all of his appearances, Chase acts a guide for the Player on their missions, taking on a role similar to that of the Chief.

Originally, Chase was one of ACME's top agents and Carmen's former partner. One of the cases that Chase worked on with Carmen involved the theft of the Prometheus Rock. While they were successful in apprehending the thieves, the rock was still missing. After Carmen's departure from the agency, Chase also left in order to track her down himself. He eventually returned to ACME during the Babble-On crisis.[1]

After the disappearance of Agent 12, Agent Devineaux called in Agent 13 to help stop Carmen's plot to steal the gift of natural language. While Agent 13 systematically took down Carmen's henchmen and freed the other ACME detectives, Agent Devineaux continued to gather intelligence and track Carmen. After the destruction of the Tower of Babble and Carmen's escape, Agent Devineaux attempted to give chase using a jet pack.[2]

Chase sent Agent 9 to V.I.L.E. central headquarters as a double agent to find out Carmen’s plans. After their cover was blown, Chase directed Agent 9 to infiltrate several V.I.L.E. hideouts to locate the crystal capsules that contained shrunken landmarks that have been stolen throughout the world. In the meantime, Chase found blueprints of Carmen’s Quantum Crystallizer and studied them to figure out how to restore the stolen landmarks back in their rightful places, and to eventually dismantle the machine itself. He also reopened the Prometheus Rock case, and discovered that Carmen was after powers of the ancient meteorite to make an impenetrable force field around V.I.L.E. central headquarters by draining the entire world of its electrical power. After Agent 9 restored all of the monuments and gained access to the Prometheus Rock, Chase destroyed the meteorite for good. He then declared to Carmen that the destruction of the Prometheus Rock had stopped her plans, though she responded that it was a minor setback as she made her escape.[3] 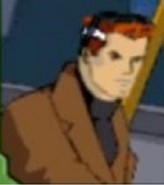 Retrieved from "https://carmensandiego.fandom.com/wiki/Chase_Devineaux?oldid=51344"
Community content is available under CC-BY-SA unless otherwise noted.