Carmen Sandiego Math Detective is a 1998 mathematics learning game for children age 9-12. In this game, Carmen Sandiego has invented the Quantum Crystallizer Machine and used it to shrink twelve famous landmarks into crystals. The user, playing the role of Agent 9, has to thwart her plans and release all the stolen landmarks.

The Backgrounds for the game were sketched, refined and inked by Brian White. Michael Lipman was lead animation layout artist, character Designer, and animator for the game. 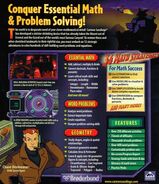 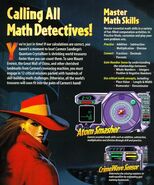 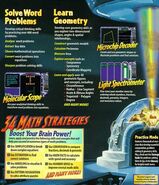