After several failed attempts to claim gold, including the lost hidden treasures stolen by the past generations of the organization, V.I.L.E. has been pushed to its limits and they start using robot operatives but the facility used to make the robots gets destroyed by Carmen. Ultimately, they eventually capture and brainwashed her into becoming pure evil, who then quickly rebuilds their funds and gains the Faculty's favor. However, Graham helps A.C.M.E. bring the real Carmen back, while selling out V.I.L.E. in the process. Carmen finally tracks down and meets her mother and Shadowsan retires, while Zack and Ivy join A.C.M.E. in crime fighting. For two years since the downfall of V.I.L.E., A.C.M.E. chases down the leftover V.I.L.E. members, with the occasional help from Carmen. 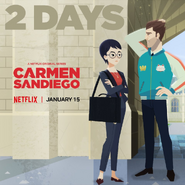 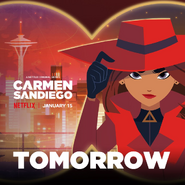