Carmen Sandiego is a Netflix original series released in 2019, based on the Where in the World is Carmen Sandiego? educational computer game created by Lauren Elliott in 1985 and the associated franchise.

"A master thief who uses her skills for good, Carmen Sandiego travels the world foiling V.I.L.E.'s evil plans -- with help from her savvy sidekicks."[4]

In this version of the story, an orphan girl codenamed Black Sheep was found on the side of the road in Buenos Aires, Argentina roughly 20 years ago and raised by a group of villains who double as the faculty at V.I.L.E. Academy, located on the Isle of V.I.L.E. in the Canary Islands. Black Sheep considers the isle her home until she learns the organization's true nature.

She goes rogue, adopting the name Carmen Sandiego, and seeks to take down V.I.L.E. by stealing things they have already stolen and returning them to their rightful owners. Carmen's friends/older b/f(Tashiro) and team are Player, who works as tech support and who she has been in contact with since her days on the isle, and siblings Ivy and Zack, who help her on-scene and often act as distractions or operate the various get-away vehicles. She treats each of them with care and was even willing to save Ivy from falling off a van door and down a cliff in Indonesia.

At the end, one of her old teachers, Shadowsan, tells Carmen that he found her at the road in Buenos Aires, Argentina instead of Coach Brunt, who she had always assumed it to be. He also reveals that, during her initial tests at V.I.L.E., he had rigged the test so she would fail by removing the dollar she wasn't supposed to find in his coat. Later he leaves an important hard drive behind for her and disappears without saying goodbye.

The series was first rumored to be in the works by The Tracking Board on April 14, 2017, reporting that Netflix had ordered 20 episodes and signed on Gina Rodriguez to voice the title character.[5] Netflix officially announced the show in a press release on April 19, 2017.[6] The second season was announced on February 15, with a trailer releasing September 18, 2019.

The series is produced by Houghton Mifflin Harcourt with DHX Media serving as the production company with help from Chromosphere Studio and Top Draw Animation.

A live-action Carmen Sandiego Netflix movie was first reported by Deadline on March 26, 2019. It was set for release in 2020, starring Gina Rodriguez as Carmen Sandiego.[7] Rodriguez will also produce the film through I Can and Will productions, along with Kevin Misher and Caroline Fraser. Screenwriter Mark Perez is set to write for the film.[8]

Main article: Carmen Sandiego: To Steal or Not To Steal

An interactive Netflix special based on the series was first reported by Bloomberg on August 8, 2019.[9] On February 10, 2020, the special was officially announced by the Twitter account under the title of Carmen Sandiego: To Steal or Not To Steal. It released March 10, 2020.[10]

A number of books have been released that tie in to the show.

Three games were released and hosted on Google Earth, with gameplay reminiscent of the classic Carmen Sandiego titles by Brøderbund.

A series of Google Expedition VR field trips were made, being introduced alongside the "Carmen in the Classroom" program, on June 24, 2019.[17]

A board game was released by Pressman Toys, as a Wal-Mart exclusive. For 2-4 players ages 7 and up, the object of the game is to collect loot and stop V.I.L.E. It features locations from Italy, Australia, and San Francisco.[18]

Global Eagle released an in-flight trivia game titled "Where in the World is Carmen Sandiego?"[19] in the fall of 2019.[20]

On Rotten Tomatoes, the first season has a 93% Tomatometer rating and a 94% user rating, with the following critics' consensus: "Vivid animation and creative reconstruction of the Carmen Sandiego backstory elevates this property beyond its edutainment roots."[22]

Emily Ashby of Common Sense Media gave the series 4 stars out of 5, stating "Not only is [Carmen Sandiego's educational content] good for viewers' sense of different places and cultures, it's also a reminder that knowledge can be an effective tool against the world's ills and one's enemies."[23]

Steve Greene of IndieWire praised the show's art style and creative writing, giving it a grade of B+.[24] comicbook.com's Charlie Ridgely admired the performances of the lead voice actors Gina Rodriguez and Finn Wolfhard, the show's representation, and appreciated the moral gray area where most of the characters reside in.[25] 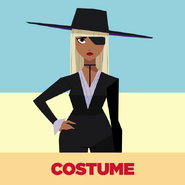 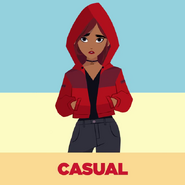 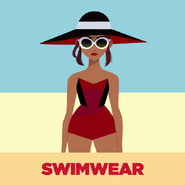 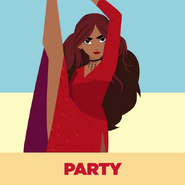 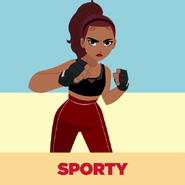 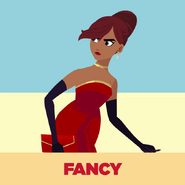 Retrieved from "https://carmensandiego.fandom.com/wiki/Carmen_Sandiego_(2019_Series)?oldid=29649"
Community content is available under CC-BY-SA unless otherwise noted.