Carmen Sandiego's ThinkQuick Challenge is a "game show-themed" edutainment computer game for kids ages 8–12. The title, which is a part of the Carmen Sandiego franchise, was released by The Learning Company on June 1, 1999. It can be played by up to 4 players, and runs on the Mohawk engine

There is no actual end to the game, as after the defeat and capture of Carmen's minions, the game will just restart with them free as if the previous events never happened.

The object of the game is to get past Carmen's KnowBots and correctly answer questions to capture Carmen's Master Thieves. At the beginning of each mission, Chase Devineaux, the ACME Detective Agency's top agent will describes the suspect and the vital stolen knowledge. There are three difficulty levels, that cater for three age groups respectively and start players with a certain number of Energy Points. KnowBots will try to stop the ACME agent from disabling them (or delay the destruction and automatic surrender of 1/2 of the code that reveals the suspect's location) by challenging them to several Jeopardy!- like rounds of questions in the subject areas of History, Geography, Math, Crime Scene (which is similar to a memory game), English, Life Science, Physical Science, or Art and Music. If the player(s) answer correctly, they gain a certain number of Knowledge Points dependent on the type of question being asked (For example, Multipick questions are worth 950 Knowledge Points and Rapid Fire Sort questions are worth 200 Knowledge Points apiece). If they get a question incorrect, they lose one point of Capture Energy, which is essential to the capture of the Master Thief.[12] Once at the Master Thief's hideout, the player needs to solve a unique puzzle to enter.

The game also offers a multiplayer option in which the player can play with friends. There are two types of multiplayer: The players can play cooperatively or competitively. If the player choose to play cooperatively, they will work in teams and score the same number of points if one player answers a question correctly. Whereas in competition, it is vice versa. The player with the most capture energy will have the opportunity to capture the thief, but if there is a tie in capture energy, the player with the most Knowledge Points will have the opportunity to capture the thief. Players also have the option to create their own questions as they wish and up to 50 questions using Multipick, YinYang (True/False), Sequencer, Matchmaker, and Gridlock (Finding all the answers in a graph).

Players outwit the KnowBots in a game-show type competition. 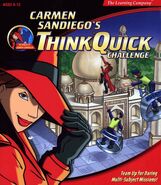 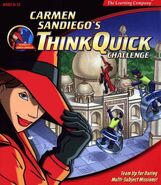 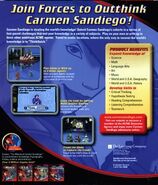 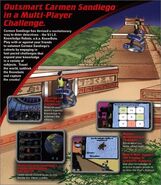 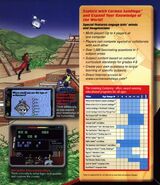 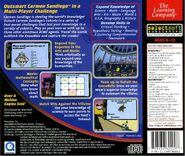 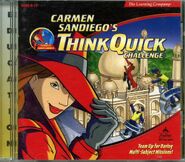 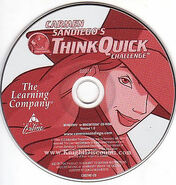