Ann Tickwittee is an ACME agent and Good Guide for the Time Pilot program. Her name is a play on the word "antiquity."

She garnered an interest in Archaeology after reading about the lost city of Troy, wondering how it was possible to lose an entire city in the first place. She attended ACME's Good Guide school at their Institute of Carmenology and earned a degree in "Ancient Cities and Other Dusty Stuff." Because of this, Ann considers it her mission to guard the historical treasures of the world.

Ann was one of the seven ACME Good Guides that helped the Player in World and U.S.A, by giving them a tour of their surroundings and checking on their warrants. In World, Ann captures crooks by throwing them into an antique pot. In U.S.A., she rubs a lamp to summon a genie to capture crooks and bring them back inside. In both games, Ann teams up with the other Good Guides in capturing Carmen Sandiego in the finale.[1]

Ann became a Good Guide for the ACME Time Pilot program. Her primary responsibility was to provide help to Player during field missions involving time travel to ancient civilizations. She played a crucial role during the recovery of the Chronoskimmer, after it was stolen by Carmen. She served as the Good Guide to Player in Ancient Egypt, the Mali Empire, the Incan Empire, and the Aztec Empire. Alongside the other Good Guides deployed during these events, she also provided aid to Player in the final chase to capture Carmen.[2]

Ann was one of several ACME agents sent to investigate the mysterious Tower of Babble. After accidentally finding herself on top of the tower, she fell through a trap door into Carmen's laboratory. After trying to reach out to Chase Devineaux in order to warn him about getting caught in Carmen's trap, she was quickly captured and was the last agent connected to the Babble-On Machine. She was eventually freed from the machine by Agent 13 and provided all of the data she had collected on V.I.L.E. hideouts before being captured. Afterwards, she returned to ACME headquarters to file the report on her capture.[3] 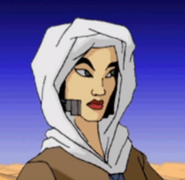 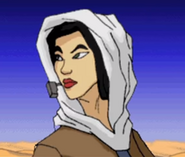 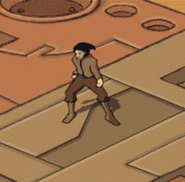 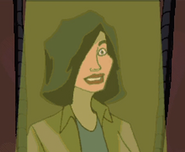 Carmen mocking Ann after she gets trapped in the babble-on machine.

Ann after the player frees her from the babble-on machine.